Svaneti is the most beautiful and picturesque alpine region, located on the southern side of the main Caucasian ridge. It includes 2 districts: Mestia (Upper Svaneti) and Lentekh (Lower Svaneti). Upper Svaneti is the region where the highest settlement in Europe (about 2500 m above sea level) — Ushguli village — is located.

The most distinctive feature of Svaneti are its defensive towers —  10-20 meters’ high each —  a trace left by wars and blood feuds. The ancient towers rise towards the sky competing with the high mountain rocks. It is believed that they were built in the 12th-13th centuries during the “Golden Century” of Svaneti under the reign of Queen Tamar in Georgia. There have been cases of men sitting in towers for years because of blood feuds, taking women and children, food, water and ammunition with them. The history of the proud, courageous and independent Svan people, who managed to keep their own language, counts thousands of years. They have never been enslaved by enemies, probably that is why the people who once inhabited the narrow coast of the Colchis Lowland and the present-day Abkhazia, the people who according to Strabo could gather an army of 250 thousandths, after numerous wars chose to live freely in the mountains instead of depending on someone else. It is remarkable that Svans never had serfdom, and the nobility had quite a conventional character. After all, each Svan is a personality who does not accept domination over himself. Svans have never waged aggressive wars, as evidenced by historical facts, one of which is the construction of old watch and defensive towers called Svan Towers.

Since ancient times Svans have been traditionally fond of creating beautiful pieces of copper, bronze and gold, the particles of which the Inguri River carries along the stream with the sand.

Now there are summer festivals in Svaneti with amazing songs accompanied by the accordion, homemade beer brewed everywhere and traditional horse racing. Today, coniferous forests, deep canyons, mountain peaks and villages with towers belong to a national park. The tourist infrastructure is quite well developed.

You can fly to Svaneti by a small airplane or get there by car —  the journey is long, but the scenery outside the window is fascinating! 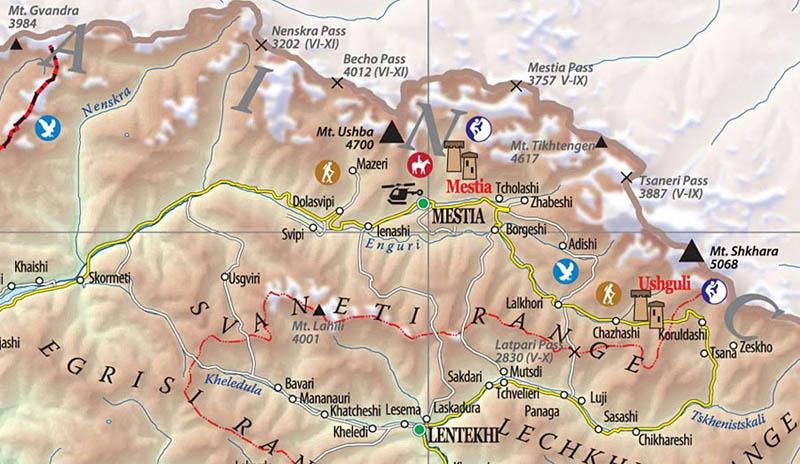