In search of snow and adventure! This is our motto and we are glad to invite you on a great trip to the ski resorts of the Caucasus – to Armenia and Georgia. The immense slopes of the most popular resorts of Gudauri and Tsaghkadzor will open for us, we will take a walk with expert historians in two ancient capitals - Yerevan and Tbilisi, taste real Armenian cognac and natural Georgian peasant wine, and enjoy the unique tastes of tolma and khinkali!

We will spend these 9 days on a unique trip to the most beautiful and interesting places in a pleasant company of soulmates keen on winter holidays in the mountains!

The tour provides amazing 6 days of skiing on the prepared slopes of Gudauri and Tsaghkadzor, as well as a cultural program offering visits to places of interest in Yerevan and Tbilisi.

Tsaghkadzor is the most popular ski resort in Armenia, located 80 km from Yerevan at an altitude of about 1,800 meters above sea level. Modern lifts, well-groomed slopes, well-developed infrastructure for entertainment in April attract many tourists from the CIS countries and Europe. The difference in height within the resort is 850 meters, and the upper station is at an altitude of 2,819 meters. There are 5 routes of rope ways, each pass is prepared and ideal for any free skiers and snowboarders from beginners to professionals.

Well, the Georgian ski resort of Gudauri is known for its snow-covered fields and ideal slopes for skiers and snowboarders around the world. Gudauri is located just 110 km from Tbilisi, and it is an ideal place for a ski holiday.  The difference in height within the resort is 1,300 meters and the upper station is at an altitude of 3,270 meters. This year, new rope ways and new routes will be installed in Gudauri. Blue, red and black slopes are prepared daily by modern ratracks; freeride fans from all over the world are attracted here by the opportunity to pass outside the track. 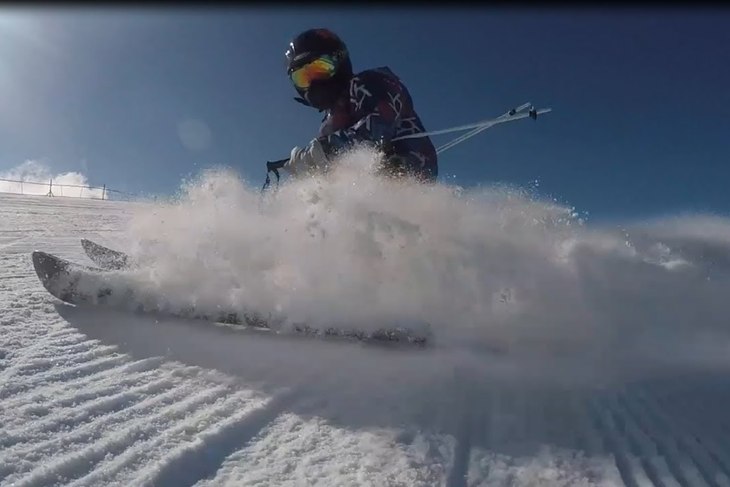 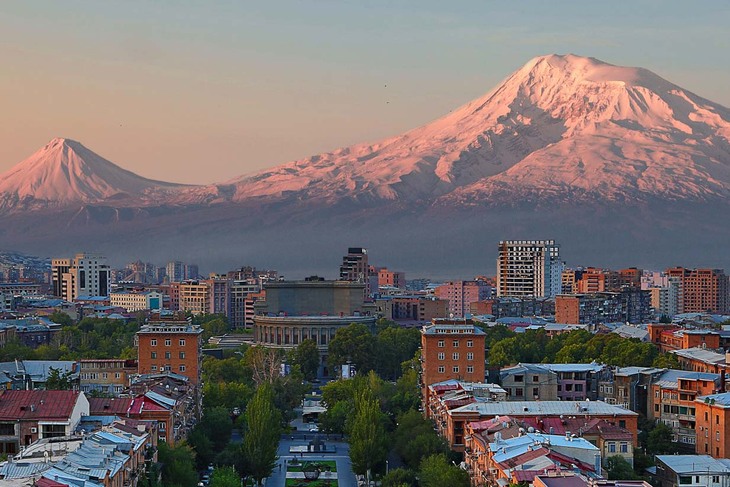 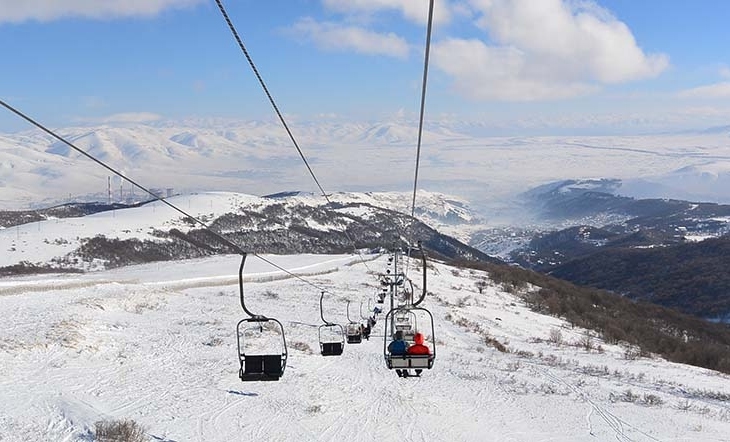 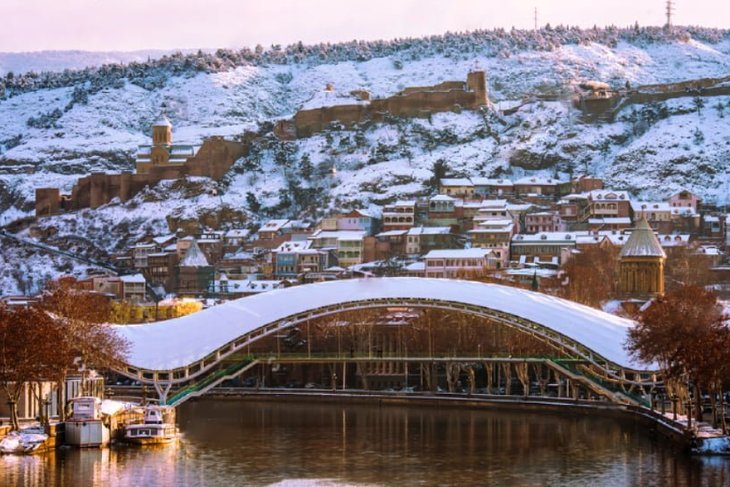 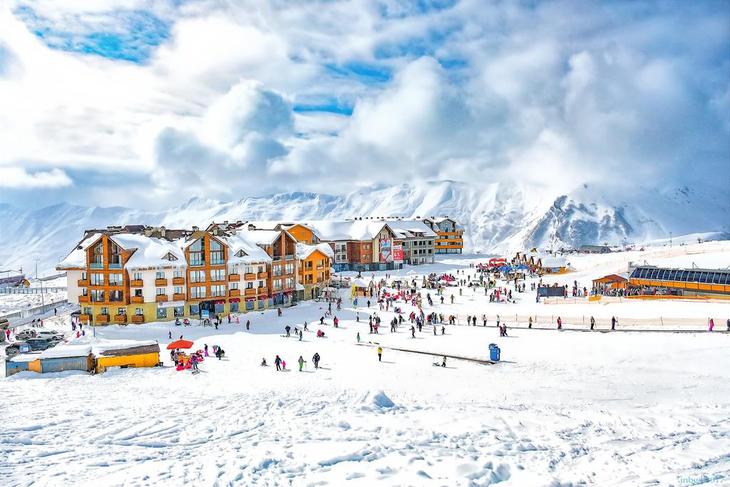 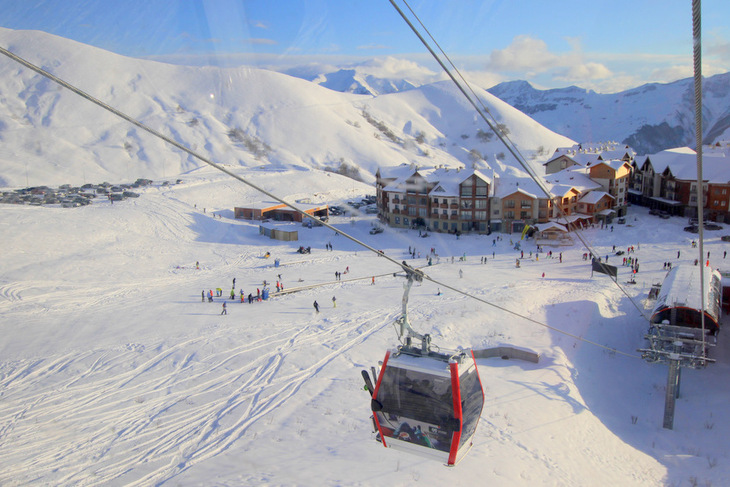 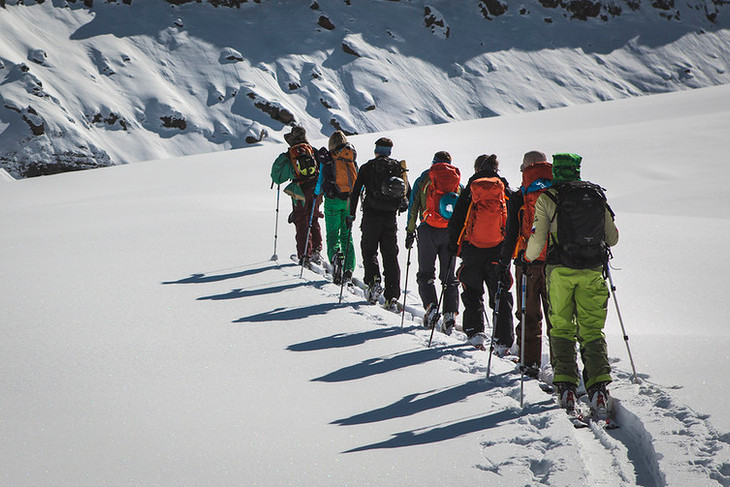 Day 1. Arrival at the Zvartnots airport in Yerevan. Meeting at the airport by an accompanying person.

On the same day we will walk along the streets of ancient Yerevan, visit the historical part of the city, stop for breakfast in one of the capital’s restaurants (extra charge).

Departure to the ski resort of Tsaghkadzor. Check-in at the hotel

Day 4. Check-out from the hotel and departure to Georgia. On the way we will stop in Tbilisi and take a walk in the city center. Departure to Gudauri, check-in at the hotel, dinner.

On the way back we will walk around the town of Mtskheta, which was the first capital and spiritual center of the country. Christian pilgrims from around the world come here, and due to the number of religious shrines Mtskheta is called the “Second Jerusalem”. Here, literally every stone preserves the difficult history of the formation of the Georgian state and the inexpressible spirit of holiness and greatness. Let’s look at the confluence of two rivers – the Aragvi and the Kura – from the heights of the Jvari monastery, which is an iconic temple of the VI century, built at the dawn of Georgian Christianity, immortalized by Lermontov in the poem “Mtsyri”.

Arrival in Tbilisi. Check-in at the hotel.

Day 9. Early check-out from the hotel. Transfer to the airport of Tbilisi.

For your convenience, we have compiled a tour that includes:

Tour cost per person when staying in a double room: