So popular and so uncharted, ancient and modern, wild and hospitable - that’s all about beautiful Georgia! This country is like a box with jewels. You have only to open it and it is already impossible to take your eyes off, there are so many fascinating things here! Ancient cities and centuries-old temples, mesmerizing mountain landscapes and waterfalls, canyons and gorges, balneological resorts and warm Black Sea beaches, delicious food and local wine, and of course - the legendary Georgian hospitality!

Make your trip colorful, delicious and unforgettable! Come to Georgia! We will show you its incredible beauties and treasures in our author's group tour to unique places that you will visit in an atmosphere of care, comfort and an individual approach to each guest, accompanied by a guide! 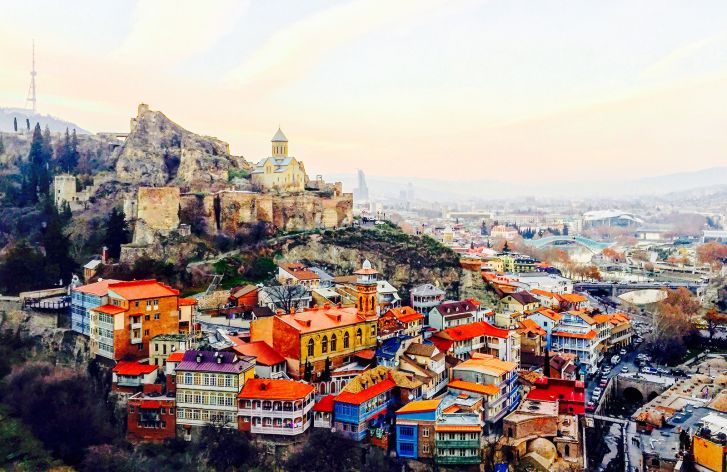 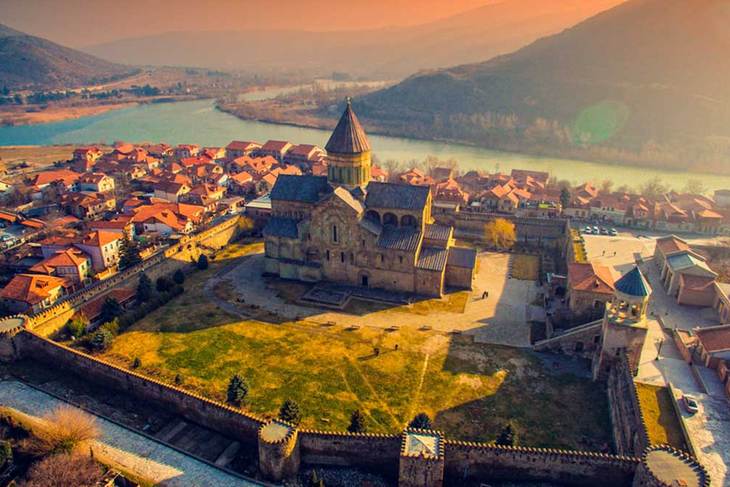 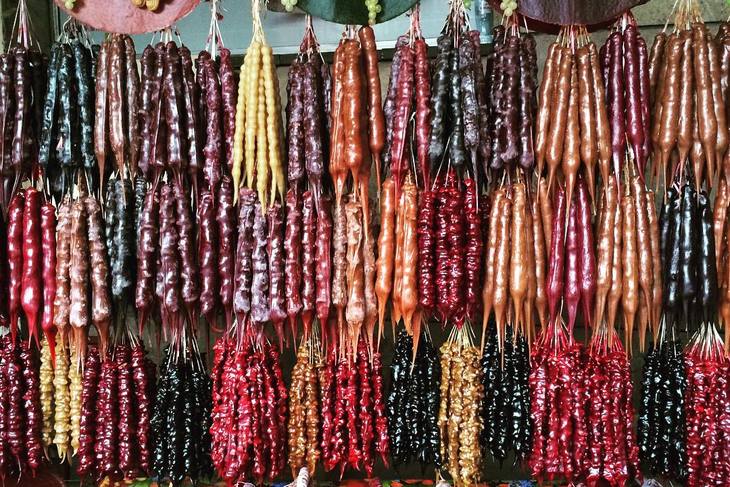 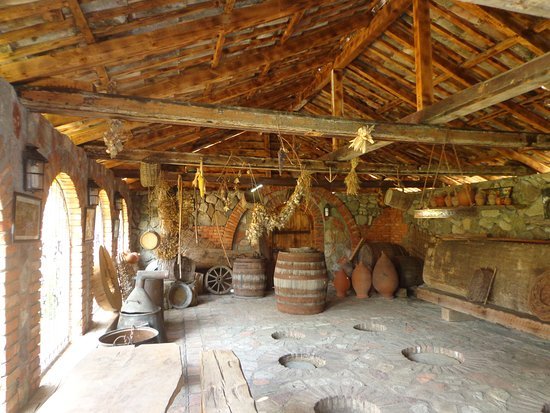 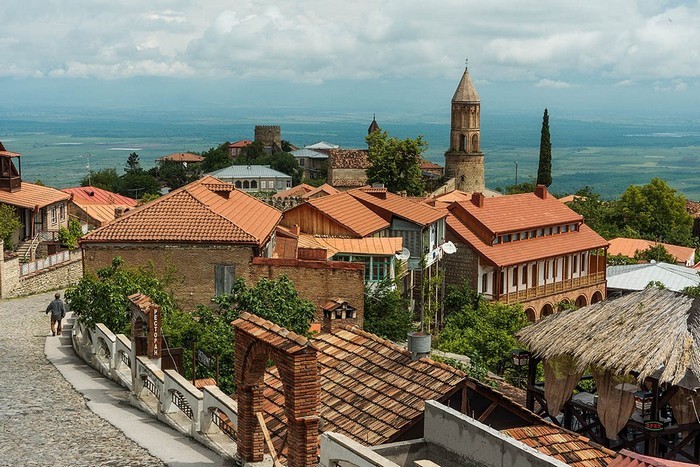 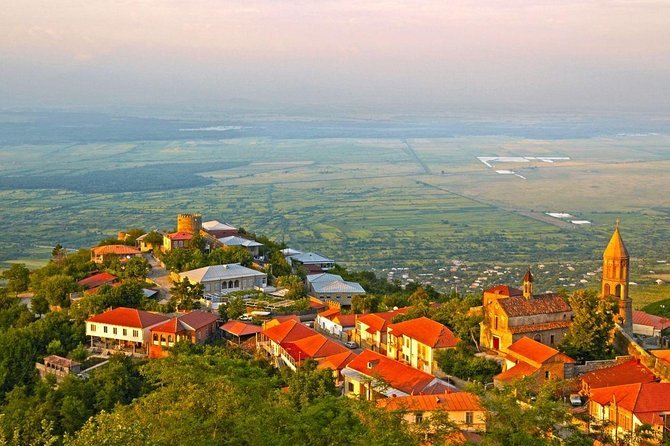 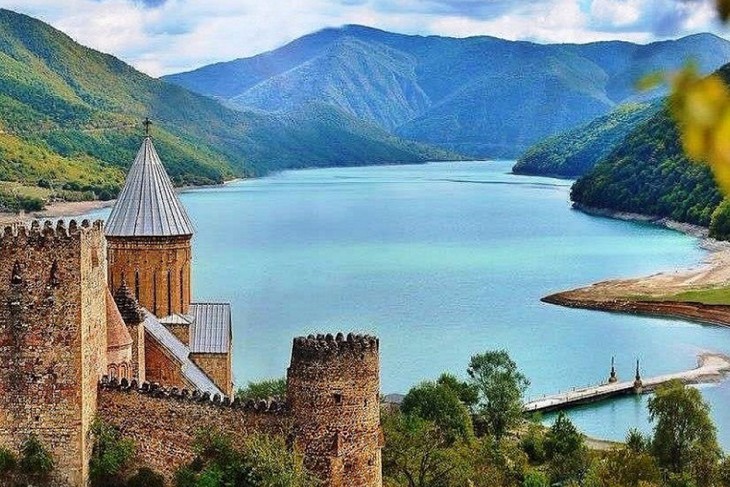 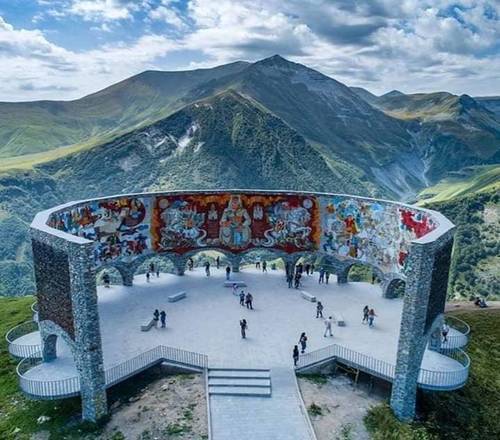 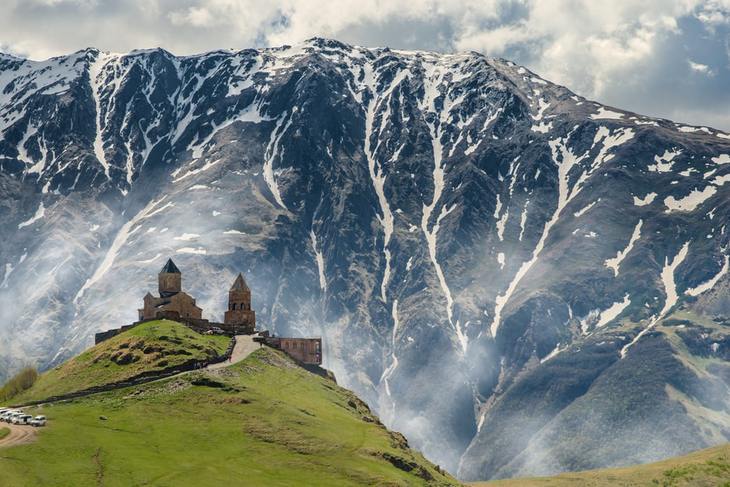 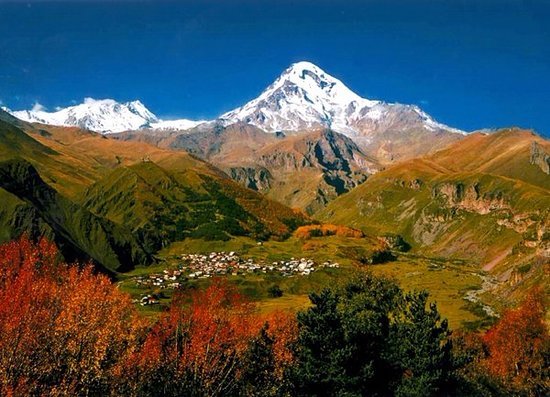 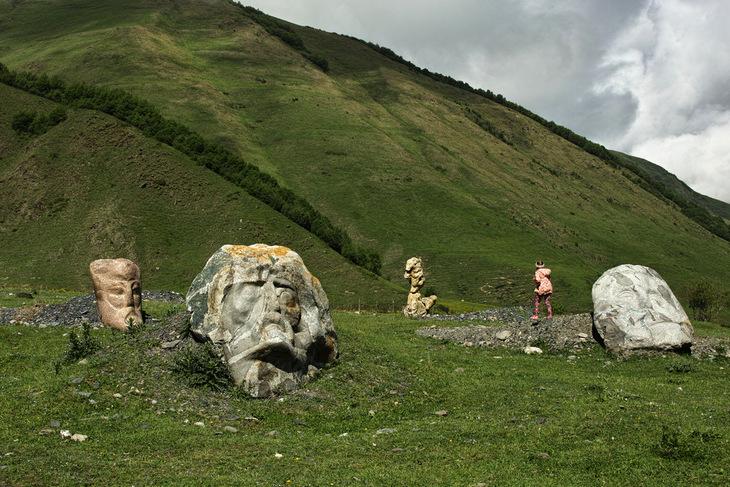 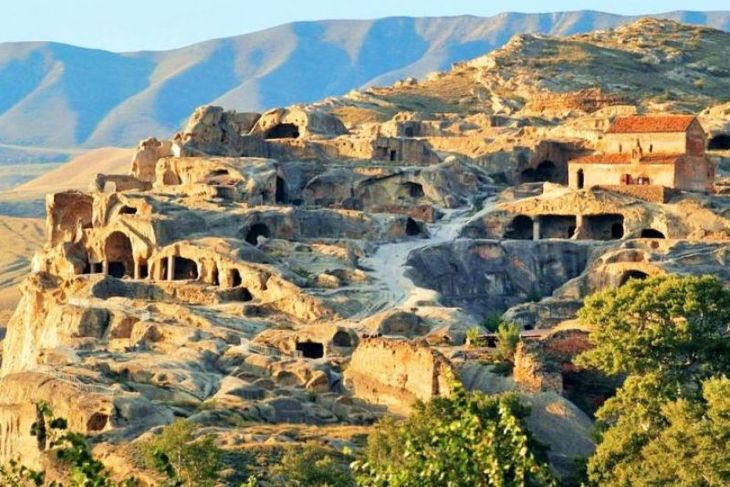 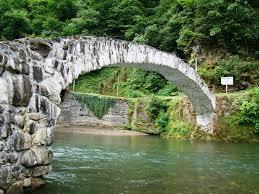 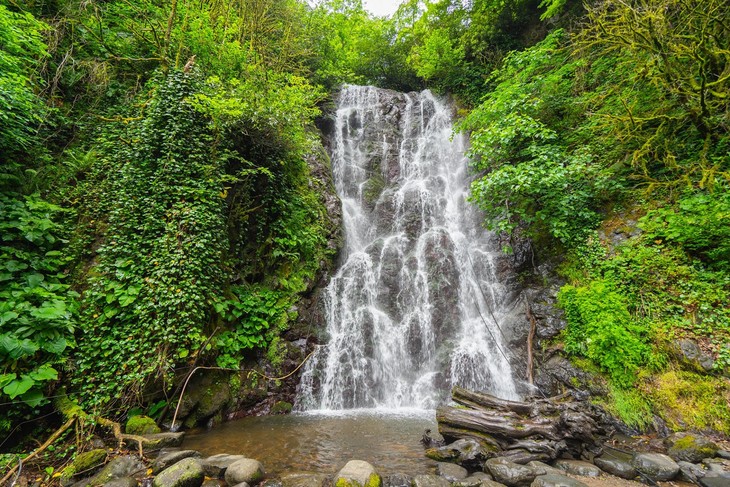 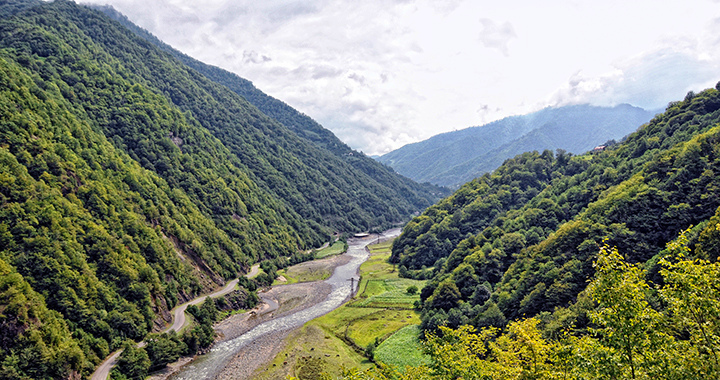 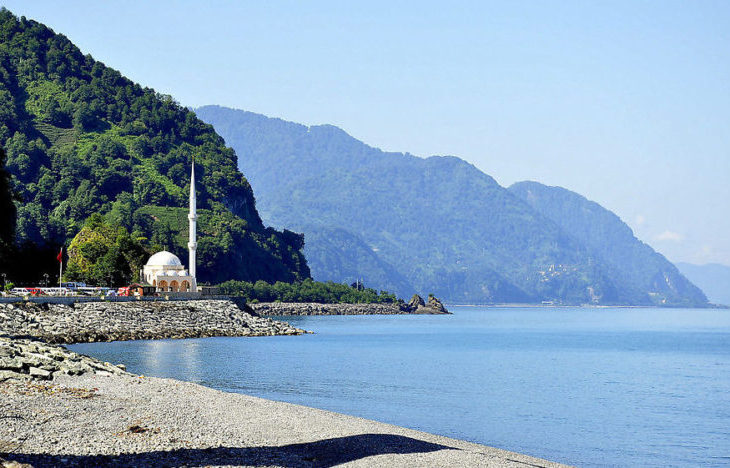 Meeting at the airport of Tbilisi. Transfer and check in to the hotel.

Today we will go to on an author's walking tour along the old streets of Tbilisi to Sololaki district, breathing ancient history and culture. We will visit the houses where such famous poets as Maxim Gorky and Nikolai Gumilev, as well as composer Pyotr Tchaikovsky stayed. We will also look into the house of the famous Tiflis architect Cornelius Tatishchev, made in the Moorish style and see many others, striking in its beauty-facades.

And of course, we will admire the most beautiful and famous ceremonial porches with its unique architecture and history. We will show you our city from the inside, with our own zest - these are amazingly beautiful wall paintings with biblical, historical, literary subjects and whole genre paintings; houses with carved decor and stained-glass windows.

We will visit the ancient temples of Metekhi and Anchiskhati, taste wine in the wine cellar,by the way in Georgian its “Marani” , see the famous Tiflis baths, glorified by many famous writers and poets. And we also learn the modern look of Tbilisi by walking along the glass bridge of the Peace and walking to the Gabriadze Theater. And take a look at the whole old Tbilisi, climbing the cable car to the Narikala fortress, towering above the city.

At the end of the walking part of our tour, we move to the ancient capital of the Georgian kingdom - to the city of Mtskheta. Today Mtskheta is the center of Christianity and the history of religion, where pilgrims come from all over the world. Almost 1 700 years ago Georgia adopted Christianity in Mtskheta! The oldest monasteries and temples of Svetitskhoveli and Jvari, dating from the VI-IX centuries of our era, have been preserved, and skillful frescoes have been decorating the vaults of churches for more than 500 years.
The view from Jvari to the confluence of the Aragvi and Kura rivers, which rises above the ancient Mtskheta, is breathtaking.

On this day we are going to the city of love - Sighnaghi, located on a mountainside in the historical region of Kakheti. This is the only city in Georgia that has completely preserved the fortress walls, lined with watch towers, which you can climb to enjoy magnificent views of the Alazani Valley.

And you will definitely hear an interesting legend why Signagi is called the “city of love."

After we stop in Bodbe - the Monastery and Episcopal Complex of St. George. This is a national Georgian shrine, where the remains of Saint Nino of Cappadocia, the great Baptist of Georgia, the harbinger of the Christian era, rest.

Next, we will be immersed in the Georgian atmosphere in a colorful village house, where we will see how to this day peasants grow grapes and make wine from it according to centuries-old traditions. You will have a rest in a Georgian family at a table with various national dishes and with home-made wine, and you will also make your own Georgian snickers - churchkhela and feel fragrant of Georgian bread - shoti!

The distance of the route is about 220 kilometers.

After breakfast, we will go through the high gorges along the turbulent rivers to the Kazbegi region with an ascent to Gergeti church (2200 m) at the foot of Mount Kazbek (5047 m), which rightfully occupies one of the best places for photo sessions in Georgia. On our way we will stop at the Ananuri Fortress-Monastery, included in the UNESCO World Heritage List, climb onto its towers, and remember the view of the turquoise expanse of the mountain Zhinvali lake surrounded by velvet mountains.

Then we will go to Sno valley that is not visited by tourists a lot, where we will see unique sculptures of famous Georgian writers and poets carved from stone. The village of Sno is known primarily for the fact that the current Georgian Patriarch Catholicos Ilia II was born here.

Here we will also be able to climb the Sno castle, built at the turn of the 16th-17th centuries, which occupies a special place among Georgian defensive structures. From here we can take stunning pictures with a view of the majestic Kazbek!

Early check-out from the hotel (early breakfast or lunch box). Today we are ready for a day full of impressions. First, we will head to the cave city - Uplistsikhe Museum. Hundreds of rooms were carved into the rocks in the 15th century BC and they have survived to the present day so we can visit the throne room, the Marani wine cellar, Green, Red and Beautiful rooms, a pharmacy and one of the oldest theaters.

Next, we will visit Gori, the homeland of Stalin, where we will go into the railway carriage in which Stalin drove to the Yalta and Potsdam conferences.

After lunch our path will go to Samegrelo region, where we will admire Martvili Canyon - a wonderful and unusual creation of nature. It was discovered recently, but thanks to its beauty it has already become truly famous. We will be able to ride on boats (extra cost, $ 5 / person) and enjoy the beauty of the upper canyon. Once back to the shore, take a walk along the lower canyon. This part is as beautiful as the first, along the way you will meet several waterfalls and attract the attention of the huge hanging rocks.

Arrival to Batumi. Check in hotel.

The distance is about 490 kilometers.

We invite you on an amazing journey into the kingdom of mountains and pristine nature called Gomis Mta.

This is an unexplored paradise in Georgia, where you can not only touch the clouds with your hands, but also literally swim in the clouds, collect stars, watch sunrises and sunsets as in the window of an airplane, only standing on a top of a mountain surrounded by alpine meadows. And this is only 90 kilometers from Batumi, on the mountain border of the regions of Adjara and Guria.

There is so healing air that locals generally do not get sick. Everything here is subject to the laws of nature, here people live with the sun, conduct subsistence farming and have simple soulful conversations at a common table. They still live here in wooden houses without electricity, gas, water and Internet. They make the most delicious homemade cheese and butter, as hundreds of years ago.

Along the way, we will visit a tea production in Ozurgeti, where they make Georgian tea that was so famous in the USSR, we will collect tea leaves on plantations with our own hands, see how they make one of the best fruit vodkas in Georgia, rise 2100 m above the level of the sea, we will cook a generous dinner of natural local products in a peasant's house with all the home-made wine and all this observing how the clouds float at our feet.

Let's say without false modesty - this will be the best day that you will spend in Georgia and you will remember it until your next trip, it is impossible not to return here, we checked!

Return to Batumi. Dinner at the hotel.

The distance is about 180 kilometers.

After breakfast, we will go to another unique and little-known place - Machachela gorge. We will see a truly fabulous forest of trees covered with moss, admire the sparkling powerful stream of a 20-meter waterfall Mirveti, an old fortress, a bunker from the Second World War with a preserved long-range cannon, and many more bridges - from the suspension bridge to the arch bridge "Tskhemlara" of the times of Queen Tamara. In addition, we will visit the picturesque confluence of two mountain rivers. We will not only enjoy the magical Adjarian nature, touch different eras of the history of Georgia, but also enjoy a delicious lunch with dishes of Georgian national cuisine in a peasant house with a folklore program!

Breakfast. Check out from the hotel. Transfer to the Batumi railway station. Moving by train to Tbilisi. Transfer to the hotel, check-in. Free time.
Today we recommend a walk along the busy Rustaveli avenue, drive to Mount Mtatsminda by funicular, which is considered to be the most beautiful in the world. One of the most popular vacation spots for Tbilisi residents and visitors is the beautiful Mtatsminda Park, which offers stunning views of the whole of Tbilisi. The park has a large amusement park, divided into three parts: children's attractions, family attractions and entertainment for extreme lovers.

The duration of the route is about 490 kilometers.

Day 8. Breakfast. Check out from the hotel. Transfer to Tbilisi airport according to the flight schedule.

The distance is about 20 kilometers.

Cost of the tour for 1 person, USD: